Have you got a bird that won't eat anything other than sunflower seed, table scraps or junk food? 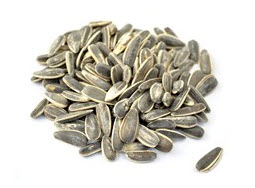 Experienced avian vets would argue that between 70 and 90% of the birds they see are suffering from malnutrition caused by poor diets. In-water supplements can overcome the basic problems of vitamin and mineral deficiencies but protein deficiencies are also common in these birds. This leads to obesity and feather problems. Unfortunately good quality protein (with the right amino acid balance) is very difficult to supply through the drinking water as it won't dissolve easily.

By using techniques developed for our Golden Tropic Lori Nectar, we have developed the ideal supplement for fussy eaters. Called Fussy Feeder Essentials this exciting product is simply mixed, with a little Aviclens (Saniclens outside Europe), into the drinking water every day to create a delightfully flavoured "health drink" that is proving irresistible to all but the most difficult of difficult birds.

Even better than that Fussy Feeder Essentials is encouraging some of these birds to try foods they turned their noses up at before. Some sunflower junkies have great problems absorbing calcium (the high levels of phosphorus and oils in the diet make it very difficult). By adding Calcivet (CalciBoost outside Europe) to the mixture twice a week you can ensure a regular supply of this vital mineral. Fussy Feeder Essentials also contains a unique feathering supplement and a prebiotic which improves the environment in the gut for the birds natural beneficial bacteria.

The Birdcare Company asked several parrot rescue centres to originally trial the product on their most difficult birds. The results were astounding. Most birds took to the product very quickly. Users reported improved appetite, an improvement in feathering (especially on sick birds), a greater willingness to try new foods and even significant, beneficial changes in behaviour. One trialist, Barbara Flood of Birmingham tried the product on nine different birds. Every one of them showed more interest in fruit within a few days of being given Fussy Feeder Essentials.

Perhaps the most dramatic example was an Umbrella Cockatoo which had been with Carole Stevens at "Creature Capers" in Suffolk. This bird, which had been beaten by its former owner, had only ever eaten sunflower, chocolate and chips before arriving with Carole who immediately cut out the chocolate and chips. Even after twelve months at the rescue centre this bird rushed to the back of its cage whenever anyone entered its room. It was very aggressive and could not be handled!

Within two weeks of starting it on Fussy Feeder Essentials and Calcivet (CalciBoost outside Europe) the bird was calming down significantly. It was now coming to the front of the cage when Carole entered the room, its appetite had improved and it was beginning to be tempted by fruit. For the first time Carole was able to take it out of its cage. Another two weeks later and he was full of energy and playing with toys! 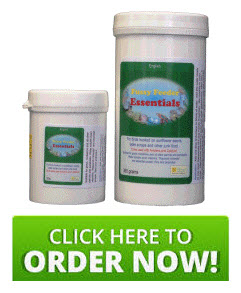