The megabacteria organism (more accurately known as Avian Gastric Yeast) has had a very high profile in the budgerigar fancy over the past few years. The post-mortem work carried out in the UK by Dr John Baker has highlighted the very large numbers of British budgies infected and as a result, many people have chosen to treat their entire flocks with Amphotericin-B as a precaution.

However, the withdrawal of the water-soluble version of this drug from the world market now leaves many budgerigar breeders with a dilemma, unable to repeat their treatments and wondering what they should do now.

For a while now, many people have advocated allowing the disease to run its course through the flock. A natural tolerance to the organism seems to develop over a period of time. Whilst a few breeders experienced dramatic losses (25% plus) with this strategy no such major outbreaks appear to have occurred in the UK for quite a few years now.

The Birdcare Company now stocks a product called MegaCare which has proven to be extremely useful against the megabacteria organism. This product comes in two parts, the first is designed to disinfect the digestive system and the second part replaces the good bacteria back to the gut.

Another option is to stimulate the immune system of your flock so their natural defences are well fitted to control the germs as they re-appear in the bird room. A totally natural way of achieving this is to feed carefully selected herbal extracts. We make these available either as an on-food supplement called Flourish or as an ingredient in our soft food - Feast. Experience over the past few years has suggested that Flourish herbs also lead to faster chick growth rates and healthier birds. 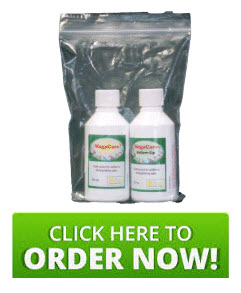