*In the above video, Malcolm Green discusses the breadth of issues that chelated calcium can help with in bird keeping.

A shortage of usable calcium lies at the root of many problems which can include:

Most of the cuttlefish which is supplied to try to raise calcium levels when eaten by the bird goes straight out in the droppings. As with other minerals the difficulty is absorbing it into the bloodstream. So The Birdcare Company developed a super-saturated chelated calcium solution called Calcivet. Calcivet (CalciBoost in America) uses a chelated mineral technology similar to the calcium supplied in nature by plants. So it is easily absorbed and quickly gets to the bones, nerves and muscles where it is needed. It is such an effective calcium source that most of the year you will only need it once or twice a week (definitely twice for African greys and eclectus).

Recently we cracked the trick of providing a highly bio-available calcium source in powder form. Our new Calcivet On-Food Powder is much easier to add to egg foods than Calcivet Liquid and has the same exceptional absorption properties. Most other suppliers of powdered calcium do not use chelated calcium so such products are nowhere near as effective as Calcivet On-Food Powder from The Birdcare Company. So if you have tried calcium supplements before from other suppliers and not found much difference in your birds, this could well be why. It is also important to take care to use enough; many people think less is better and then wonder why they keep getting the same old problems. It is easy to be cynical and believe suppliers tell you to use too much to increase their sales, but doing that frequently makes the experience too expensive for bird keepers and that means they stop using the product. So it is not in our interests to advise you to use more than we feel will give the results you are looking for. At The Birdcare Company we try to give really good advice so you get the results you want to have. 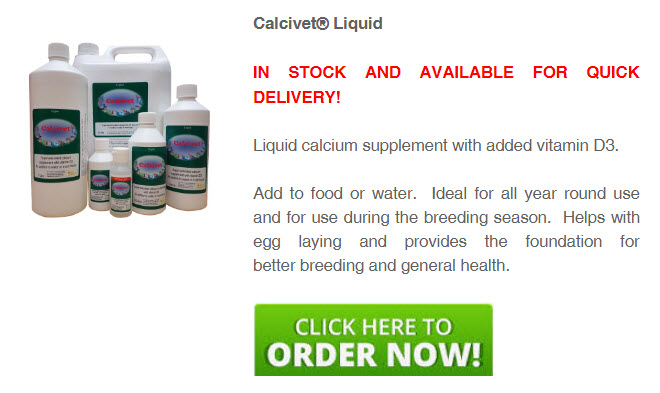 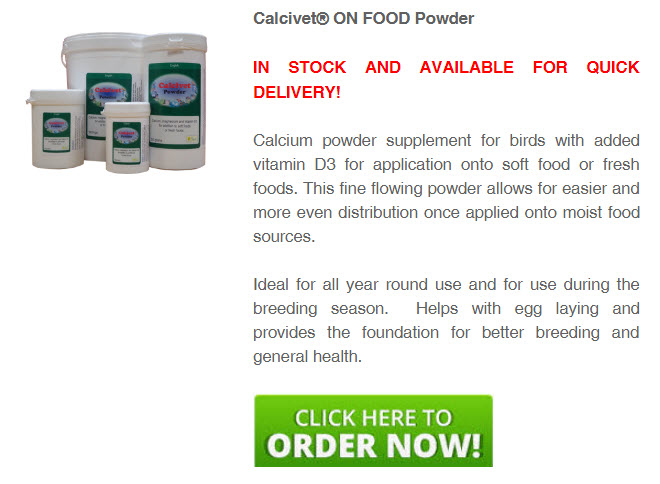