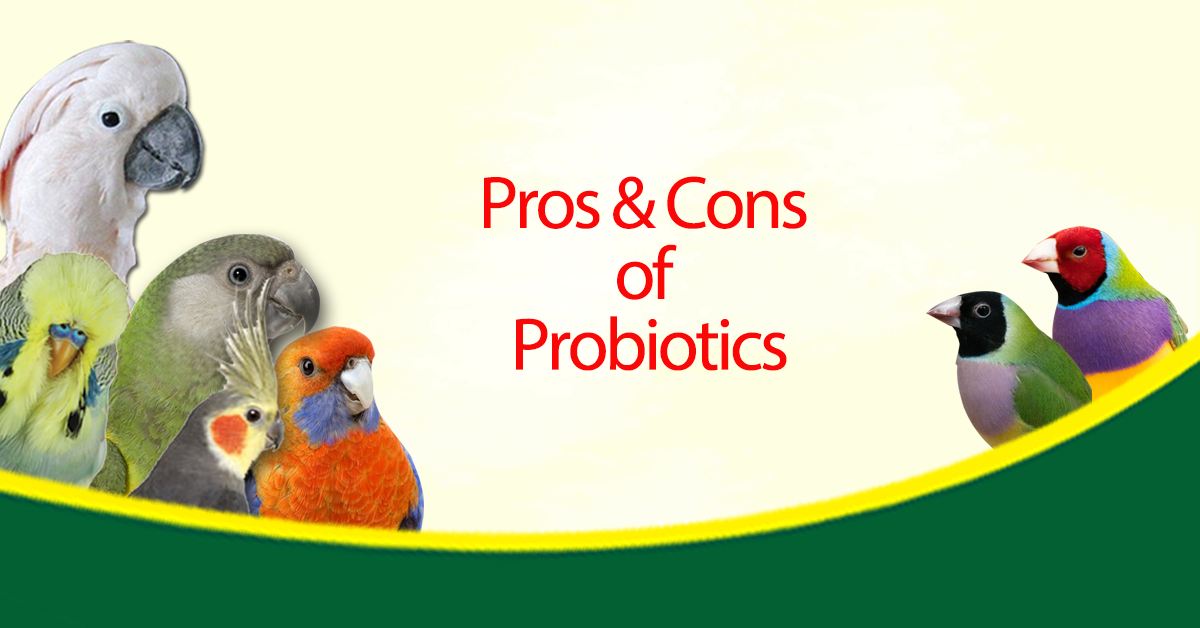 Some people believe that certain species of birds do not have any beneficial bacteria in their gut (Sterile Bowel Theory).  Here is our Technical Director's comments on this.

Let me start by saying that the notion that Australian finches (or any other birds for that matter) don’t have beneficial bacteria in the gut seems completely bizarre. There are a whole bunch of digestive and nutritional jobs that gut bacteria do that animals and birds can’t. For example we can’t make a whole host of vitamins so we rely on the bacteria to do that for us.

Given that all multicellular animals have a symbiotic (mutually beneficial) relationship with gut bacteria it would seem incomprehensible that a niche group of birds like Australian finches should have evolved all those hundreds of biochemical processes to do the jobs themselves and a way of killing all the bacteria they eat naturally in their foods. And what would be the evolutionary advantage to do that? And if there was an evolutionary benefit surely other creatures would have done it too. It is often argued that we humans have more bacterial cells in our bodies than we have cells of our own. The same is almost certainly true of birds.

If finches absorb their food more quickly than other species (I have no idea if that is true or not) then their need for digestive support would be greater not less than animals with a slower food transit time.

But if we discard the Sterile Bowel Theory that doesn’t mean that supplementing with probiotics is automatically a good thing to do.

The gut of the newly hatched baby bird will be sterile but the beneficial bacteria we are talking about are everywhere. You will find them in soil, on plants and in food. The parents crop will be crawling with them so from their very first feed their gut flora will be being established. But they will be getting germs from the same sources as they get beneficial bacteria. So the trick is to help the good guys and hinder the bad guys. We can do that in two ways: